← more from
INFRACom!
Get fresh music recommendations delivered to your inbox every Friday.
We've updated our Terms of Use. You can review the changes here.

by A Coral Room 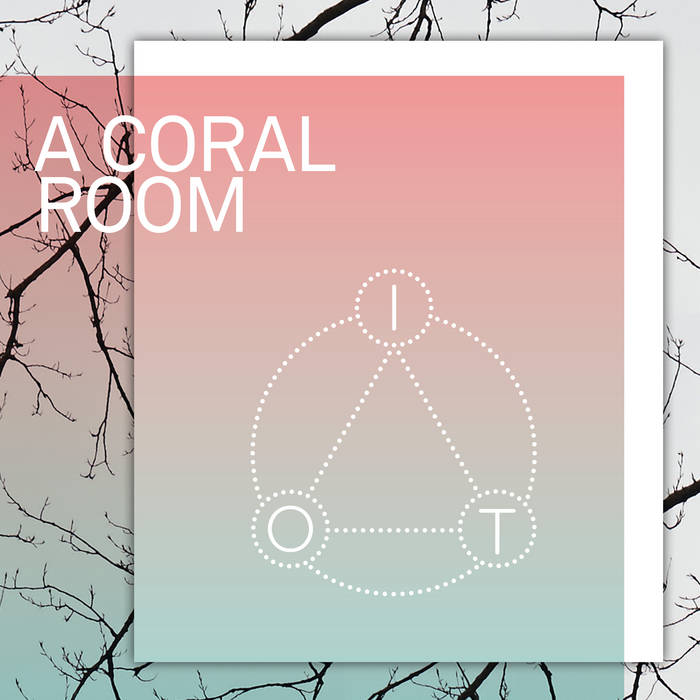 Dr. Beaf IoT hints back to the older dub style of Kruder and Dorfmeister infused with a cool jazz vibe. Really relaxing! Cheers to Mike M through Dillon.

Peter Gerdemann Saw you guys at CeBIT, Hanover, Germany. Awesome show at code_n innovators' dinner. Could have gone on listening to U all night! The record is just fab. Love it! Thanks, P. Favorite track: Haufwerke.

Something´s out there… a buzzing, a chirping, a few sonorous electric sounds, dark and glowering echo chambers suddenly penetrated by hard nasal saxophone riffs, set off by a relaxed, yet relentless beat, surrounded by cloud-like keyboard surfaces. That’s what I.o.T (short for “Internet of Things”) sounds like. It’s the theme track on the debut album released by A Coral Room. Matthias Vogt (Keys & FX), Oliver Leicht (Electric Reeds), and Oli Rubow (Dub Drums) are by no means unknown. Vogt and Leicht go way back, as friends and musicians since their early school years and all through the immensely successful project [re:jazz]. Oli Rubow came to be known as one of Germany’s best electronic drummers playing with groups like DePhazz, Hattler and Turntablerocker, as well as his solo project Netzer. Not a bad start for a joint venture, even if the intention behind this one is different to [re:jazz]. As Vogt puts it: „It’s all about free improvisation, not a formal composition and production“. How did it work out? Listen to the evidence: from the seven minute title track theme to the other five tracks that came out of this creative gray area between jazz and electronic music. Although tracks like Grobkörnig (course-grained), Haufwerke (unscreened rock) or The South Border may at first seem like no more than bizarre snapshots, they actually veil an exceedingly appealing musical concept.

The Frankfurt-based trio combines the musical spontaneity of jazz with electronic aesthetics and the ‘loop thinking’ found in most modern club music. The group succeeds in creating deliberate confusion, where the drums lead the melody and the sax adds percussive elements or the bass line. According to Oli Rubow, ACR is a trio with an „incredibly unusual lineup“, that is: keyboards, saxophone, clarinet and electronic drums. Classic jazz lives and breathes primarily through live interaction on stage and when a specific (solo) instrument comes to the fore.
„The audience immediately knows who to turn to“ says Matthias Vogt. “ACR often creates elements that aren’t so clearly identifiable and that’s what creates truly surprising moments – even for us. You can’t always tell who’s interjecting, when we are all hunched over our laptops.“ Musical references to Techno and House are certainly no coincidence. They are intentional. After all, the formally qualified jazz musician has also been on the scene for years as a highly requested House DJ.

Although each of the three musicians plays his own traditional instrument, they are electronically synthesized in very unique ways. „You could call it „constructive
confusion“ says Rubow. The saxophonist and drummer play their instruments through the computer which doubles as an effect generator. This can be used to distort the original sounds beyond recognition. If the freshly recorded loops are then also edited live, it’s usually no longer discernible which of the instruments just produced the sound. The end result and signature feature of ACR’s music are ultimately tonal textures, that really don´t have much to do with the original instrument.

The first loops were actual audiotape loops, much like the ones that Beatles producer George Martin or even Brian Eno once used for their futuristic sound effects before digital samplers made the scene. A piano note fades away, and even the strongest brass player eventually runs out of air. In contrast, a tape recorder paired with the computer offers the possibility of infinitely manipulating musical time through loop technology. As long as they aren’t stopped by the artist, loops will continue to run ad infinitum. And, if nothing else is added in musical terms, there will be nothing but a racing standstill – the negation of time.

This is where it may help to cast a glance at pop-conjurer Kate Bush, from who this incredibly unusual trio carefully got its name. In 2005, Bush said to the BBC: „A Coral Room is really about the passing of time.“ When viewed from this angle, Matthias Vogt, Oliver Leicht and Oli Rubow are true Time Bandits, who can freeze sound or make a millisecond of it last a lifetime. With their fusion of spontaneity and technology, A Coral Room sees I.o.T. as a celebration of the power of each creative moment. Musical energy meets its own shadow in their world of sound. The live tones they generate meet their electronic afterthoughts. They’ve erected an acoustic monument to this sound-of-the-now, and relegated it – in the blink of an eye – to anachronistic vinyl just for us.

This album was initialized and realized by Christian Lorenz (CODE_n Culture) and Jan Hagenkötter (INFRACom!) in collaboration and with full financial support of CODE_n / www.code-n.org - The global innovation platform for digital pioneers.

A Coral Room and Jan Hagenkötter would like to express their gratitude to CODE_n for helping to realize this album with complete artistic freedom.

Bandcamp Daily  your guide to the world of Bandcamp

Quelle Chris joins the show to discuss his most recent release, "DEATHFAME"